Railing Decisions To Make When You Rent A Portable Stage

When you're renting a stage for an upcoming event that you're hosting, it's a good idea to talk at length with your local portable stage rental service to ensure that the product you rent suits your needs. You have the ability to choose the square footage and height of the stage, as well as what surface material it has. One topic that will likely come up is whether or not you want railings around the stage. In most cases, you'll want to equip the stage with railings as a safety measure. Here are some decisions that you'll likely need to make as you evaluate the need for railings on your portable stage.

You'll commonly find that stage railings are available in different heights. There are a few factors to consider before you decide which height will best suit your needs. If you're running an event in which young children will be on the stage, lower railings should be adequate. However, if adults will be using the stage, you'll want taller railings because they're easier to grab. In the event that an elderly adult loses his or her balance while on the stage, it will be easier for this individual to grab a tall railing than attempt to reach down and grab a low railing.

It's possible that your stage rental service has a few different options that are available when it comes to the appearance of the railings. For example, some railings have more of an open design, while others are equipped with more bars. The latter style may have vertical bars every few inches, while the former style may have gaps of a few feet between each of the vertical bars. There's no "right" answer here — you need to decide what look is suitable for your type of stage event.

You'll also need to decide which locations around the perimeter of the stage you want railings. Some people opt for railings around the entire perimeter of the stage, while others decide to leave the front of the stage open. The latter idea can work well because there won't be railings that interfere with peoples' ability to see the stage. If you're adding steps or a ramp to the stage, don't forget to have railings that run along the edges of these additions because people will commonly want a railing to hold while using the steps or ramp. 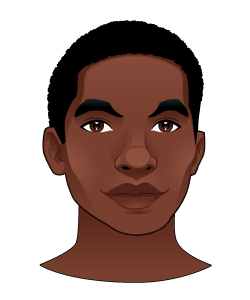 About a year ago, I realized that there was something missing from my life. I wasn't particularly enthusiastic about the things that I was watching on television or learning about on my phone, so I started focusing on choosing more uplifting, powerful entertainment. Within a few weeks, I had completely transformed how I was entertaining myself, and it made a big difference in my life. I began feeling more positive and happy, and I was really impressed with how much of a difference it made for me. This blog is all about choosing uplifting entertainment and knowing how to create a positive environment for yourself.

Read in about 2 Minutes